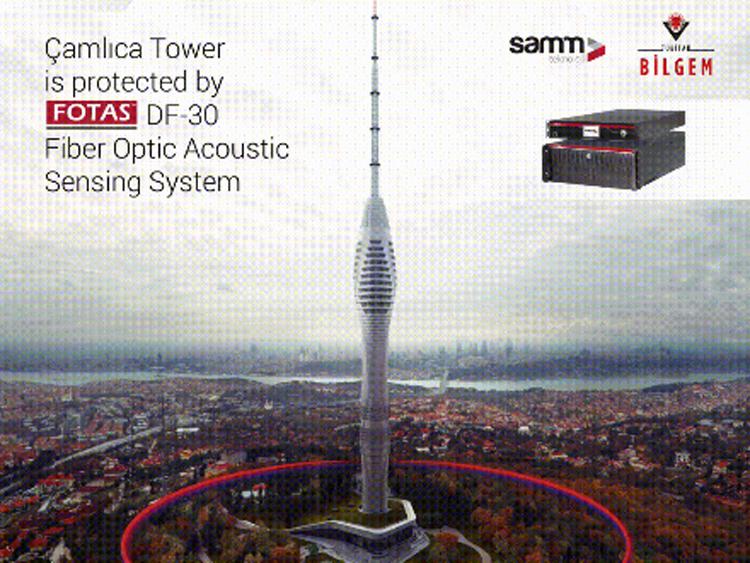 The perimeter security project at the Istanbul Çamlıca TV and Radio Tower has been completed with the successful installation of FOTAS detection system, which was developed by the cooperation between SAMM Technology and TÜBİTAK BİLGEM.

As of 06.11.2020, the installation, testing, commissioning and CCTV integration work of the Fiber Optic Based Perimeter Detection System was completed and delivered. The project was implemented with the DF-30 Dual Port version of FOTAS, which provides fence border security up to 30 km. The system can detect many types of threats such as fence climbing attempts and even security fiber line cuts, which do not affect the system and it continues to work without interruption. In addition, the integration with the CCTV cameras helps the security system to quickly highlight the camera that is monitoring a threat as it happens.

The FOTAS DF-30 Double Port security system, which is now protecting the Çamlıca Tower, has been proven to be the most effective early detection security system and it detects any unauthorized approach near the perimeter fence. 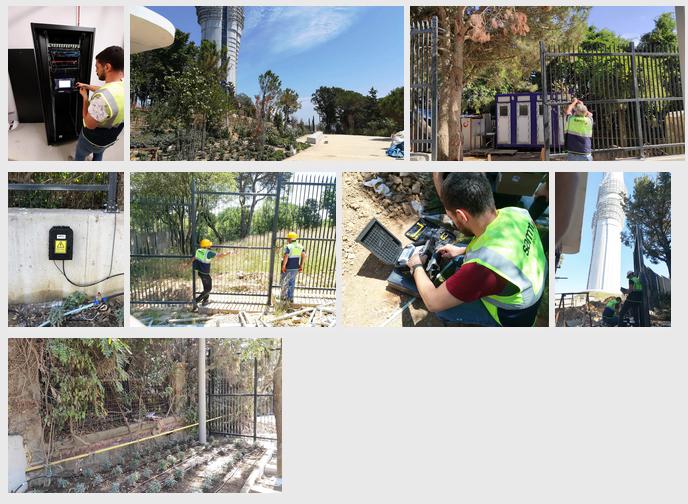 With new fiber optic technology in this system, a single fiber optic cable can be converted into a very sensitive security monitoring system, which can be used for intrusion detection in wide areas, along fences or even along underground pipelines.